Posted on 9 mars 2009 by pascasher.the-savoisien.com

Jerusalem – Israeli police say they have busted an international human trafficking ring that smuggled hundreds of eastern European women into Israel and forced them into prostitution.
Police spokesperson Micky Rosenfeld says the gang enticed women in eastern Europe with promises of nightclub jobs. After the women arrived, they were forced to work as prostitutes in brothels.
Rosenfeld says the women were brought to the Sinai peninsula and then smuggled over the porous desert border between Egypt and Israel.
Police arrested 13 members of the network in Tel Aviv on Sunday after a two year undercover operation.
Rosenfeld said on Monday that about 20 eastern European members of the network were also arrested abroad as a result of the Israeli investigation. 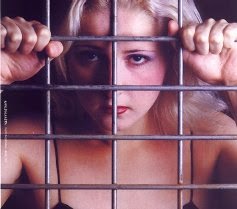