Posted on 18 septembre 2009 by pascasher.the-savoisien.com 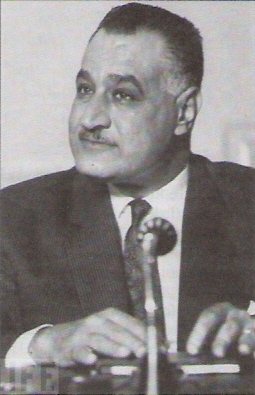 One of Israel’s earliest and most infamous « false flag » terrorist operations
intended to be blamed on « Muslim fundamentalists » was targeted to bring
down the secular regime of Egyptian President Gamal Abdel Nasser.

——————————————————————————————
THEY DARE TO SPEAK OUT
In recent years-particularly as the world has watched Zionist power rising to a dizzying height on American shores and as mankind has seen Israel’s butchery of innocent men, women and children escalate as never before — a growing number of prominent and respected intellectuals have begun to openly challenge the Neanderthal-like barbarism being witnessed.

For example, beloved Greek composer, former government minister and parliamentarian Mikis Theodorakis — long a voice for human rights — openly slammed the practices of Israel and its supporters around the globe. Although he was roundly criticized, Theodorakis came back at his critics and said in an interview with Israel’s newspaper Ha’aretz:

I am sure that when Jews of the diaspora speak amongst themselves, they feel satisfaction. They think — now, when we are so close to the world’s biggest nation, no one can harm us. We can do whatever we like. This is why their claim about [a new rise in] anti-semitism is not only sick. It is devious. It allows the Jews to do whatever they will. It serves as an excuse politically as well as psychologically.

Another internationally respected figure, Portuguese writer Jose Saramago — a winner of the Nobel Peace Prize in the field of literature — took on global Zionism in the Spanish newspaper El Pais. He said:

Intoxicated mentally by the messianic dream of a Greater Israel which will finally achieve the expansionist dreams of the most radical Zionism; contaminated by the monstrous and rooted « certitude » that in this catastrophic and absurd world there exists a people chosen by God and that, consequently, all the actions of an obsessive, psychological and pathologically exclusivist racism are justified; educated and trained in the idea that any suffering that has been inflicted, or is being inflicted, or will be inflicted on everyone else, especially the Palestinians, will always be inferior to that which they themselves suffered in the Holocaust, the Jews endlessly scratch their own wound to keep it bleeding, to make it incurable, and they show it to the world as if it were a banner.

What is disturbing to those who hold Israel and its supporters in high esteem is that they cannot so easily dismiss the likes of Theodorakis and Saramago as  »Nazi apologists » or « right-wing extremists. »

What’s more, the fact is that increasing numbers of intellectuals across the globe share the concerns expressed by Theodorakis and Saramago and they, too, are daring to speak out.

What’s more, although the plot was carried out through Israel’s military, the evidence suggests Israel’s intelligence service, the Mossad, had a major part in the planning, adding another layer of bureaucratic intrigue. In fact, according to intelligence historian Richard Deacon, the Mossad was « certainly involved in the plot … but the subsequent blame for the series of disasters was most unfortunately pinned on the Ministry of Defense ..  »

In any case, eleven people were caught and scheduled for trial by Egypt, sparking a major international uproar. In Israel, Prime Minister Sharett claimed this was an anti-Jewish provocation by the Egyptians and a « show trial » against innocent Jews who were victims of « false accusations. »

In the end, two were executed. The others were sentenced to long prison terms.

Should there be any question that the Lavon Affair demonstrated, beyond any doubt, Israel’s duplicity and its capacity to betray even its friends in America, note this: in March of 2005, the Israeli President Moshe Katsav publicly (and with much fanfare) honored the nine surviving Jewish terrorists who played a role in the sordid affair. The Israeli leader presented each with a certificate of appreciation.

This was the first formal acknowledgment — after 50 full years of repeated and vocal denial by the Israeli government and by defenders of Israel-that Israel had indeed conducted terrorism against the United States of America, designed as a classic « false flag » to blame Muslim fundamentalists for the crime.

We can only wonder if in the year 2051 (should Israel survive until then) — fifty years after the 9/11 attack on America Israel will admit to its behind-the-scenes role in orchestrating that tragedy and honor whatever surviving Jewish operatives who were involved in 9/11 — an event from which only Israel, as a nation, benefitted.