Posted on 2 juin 2010 by pascasher.the-savoisien.com

Jewish lobby has ‘absolute control’ in US foreign policy

The following is a rush transcript of Press TV’s interview with former CIA and DIA Officer Philip Giraldi on the resignation of Director of National Intelligence Dennis Blair.

Giraldi: When Blair was appointed and was opposed by the lobby, I think when that happen, that man sooner or later Dennis Blair would be in trouble, as soon as, there were an opportunity to turn on him.

It means that the Jewish lobby, the Israeli lobby, has absolute control over any appointment under either the security position or foreign policy position that has any thing at all to do with the Middle East. They are basically able to say yes or no on the appointment of any individual and it seems it is the case at the policy-making level.

Press TV: What does it say about the US sovereignty if Israel is making decisions dealing with the Middle East?

Giraldi: Obviously that is the fundamental dilemma in terms of American foreign policy. Essentially the Israeli veto over major aspects of US foreign and security policy do not make sense in terms of what the US national interest is.

Press TV: Does it make a difference for the US be governed under Gorge Bush or Barack Obama, when it comes to the Middle East — if Israel is calling the shots for the United States?

Giraldi: Well the president does have the ability to begin to turn this around by speaking to the American public and saying, « Look, we have national interest in the Middle East that are not the same as the interest of Israel. Because our economy is in trouble and we are fighting two wars now we have to look at those interests in a serious way. »

We have to be able to do things that might make Israel angry. The presidency could use the bully puppet to use his position to try to change policy, but I think not any president right now, has the courage to do that.

Flashback:
Dennis Blair: Iran Has Not Re-Started Its Nuclear Weapons Program
Carl Levin (D-MI) asked Director of National Intelligence Dennis Blair to address the “confusion” about what the intelligence says about …

Freeman: « Israel’s policies are destructive for the US » 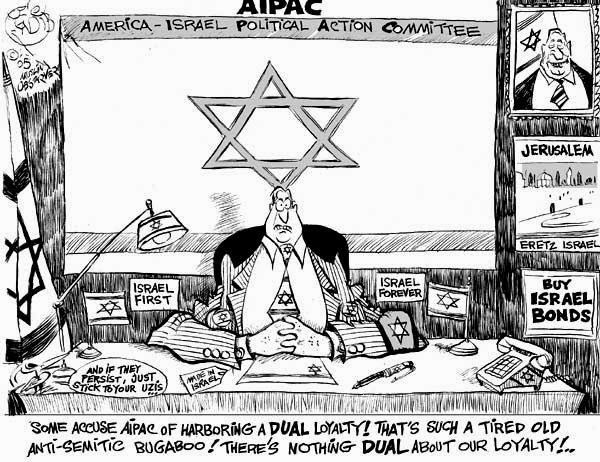 The War Party – The Zionist Influence on NeoCon Foreign Policy(BBC)

Le lobby d’Israel – The influence of AIPAC on US Foreign Policy (V.F.)

The Persecution of Revisionists: The Holocaust Unveiled

A Holocaust Inquiry, by David Duke (chapt.12 from « Jewish Supremacism »)