Posted on 5 juin 2010 by pascasher.the-savoisien.com

‘Jews, go back to Poland’ White House correspondent Helen Thomas says Jews should ‘get the hell out of Palestine’

Helen Thomas: You cannot criticize Israel in the U.S. and survive 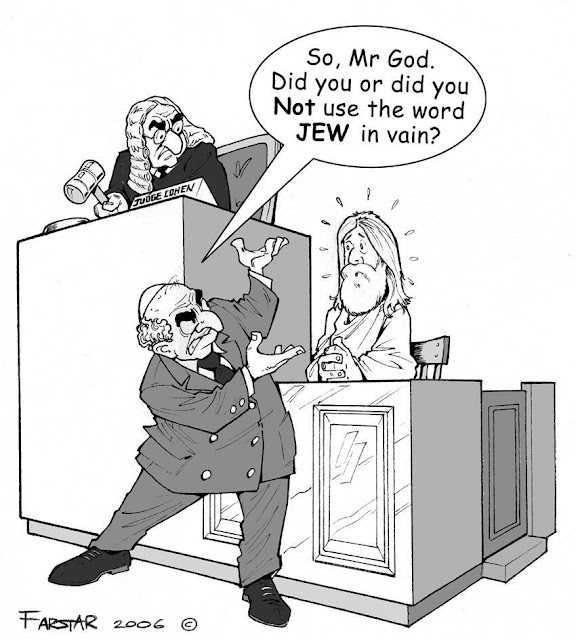 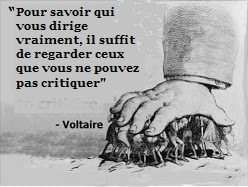 Why Is Helen Thomas Gagged In Land Of The Free?

Rabbi Who Recorded Helen Thomas Now Suffers From His Own Viral Video Past …just just as a pendulum swings both ways, the nature of viral video swings back to reveal Mr. Nesenoff in what many will surely see as an offensive and stereotypical portrayal of Mexican-Americans in a hackneyed weatherman shtick.

The propagandists for the Israel Lobby, who occupy the Wall Street Journal editorial page while pretending to be journalists, are determined to remove Helen Thomas from the annals of journalism. In case you have already forgotten, a few days ago the distinguished career of Helen Thomas, the 89-year-old doyen of the White House Press Corps, was ended by the Israel Lobby, which made an issue about her opinion that immigrant Jews should leave Palestine and go back to their home countries.

The White House Correspondents’ Association fell in line with the demands of the Israel Lobby, and the cowardly president of the organization added the association’s disapprobation to that of the neoconservative cabal.

Having removed Helen Thomas from the journalism scene, the Israel Lobby is now working with its agents on the Wall Street Journal editorial page to eliminate the Helen Thomas Award for Lifetime Achievement from the Society of Professional Journalists.

A nonentity in the world of journalism, James Taranto, apparently is associated with the Wall Street Journal editorial page, although Wikipedia reports that he was incapable of graduating from journalism school at California State University, Northridge. On a Wall Street Journal web site, Taranto writes: « We’ve been calling Thomas ‘American journalism’s crazy old aunt in the attic’ for years, » and he asks who would now accept the Helen Thomas award after Ms. Thomas revealed she really was crazy by criticizing Israel.

I would for one. Of course the Society of Professional Journalists would never give the award, assuming the distinguished award survives the assault of the Israel Lobby’s assassins, to a critic of Israel. Helen excepted, American journalists are cowards. With the concentrated ownership of the corporate media today, no independently-minded journalist can have a career in print or TV media. You defend the Washington/Tel Aviv line, or you are out of work.

The absence of independently-minded journalists on the Wall Street Journal editorial page is an extraordinary change from my days as Associate Editor of that page. The editorial page editor, Robert Bartley was ambitious and forced himself to tolerate talented colleagues. Mere opinion was not our task. Often we scooped the reporters on the news side of the paper. Our editorials reported new developments and provided factual analysis.

I was hired as Jude Wanniski’s replacement. Jude, Associate Editor of the Wall Street Journal, was fired, allegedly because the journal’s brass caught him handing out election campaign literature on a train platform, but if you believe American journalism was ever that pure, I have a bridge in Brooklyn for sale.

Jude was fired, because the neoconservatives got rid of him by telling Bartley that Wanniski was over-shadowing him. That was too much for Bob’s ego. Jude, of course, being a real journalist, was objective toward the Palestinians and thus had earned the enmity of the Israel Lobby.

Once Bob was rapidly declining with prostate cancer, neoconservatives engineered the takeover of the editorial page. Today the once proud Wall Street Journal editorial page is a leading apologist for Israeli/American war crimes and police states.

To return to the nonentity, James Taranto, who wants to throw Helen Thomas down the memory hole: Helen Thomas’ opinion that Israelis should stop stealing the villages, homes, and lands of Palestinians, while confining Palestinians to the equivalent of the Warsaw Ghetto, is equated by Taranto to the advocacy of « ethnic cleansing » by Helen.

Of course, it is the Israelis who are doing the ethnic cleansing. Many Jews have documented Israel’s ethnic cleansing of Palestinians, such as Uri Avnery, a former member of the Israeli terrorist organization, Irgun, Ilan Pappe, Israel’s most distinguished historian and author of The Ethnic Cleansing of Palestine, and the Israeli peace group, ICHAD, who have been my house guests. The Israeli newspaper, Haaratz, is far more critical of Israeli policy than Helen Thomas, and so is MIT professor Noam Chomsky, the distinguished British journalist and film maker John Pilger, and the distinguished scholar, Norman Finkelstein, the son of Holocaust survivors.

Israel is an unnatural state. It was created by terror that was accommodated by craven British and US « diplomacy. » Israel exists for one reason only: the US government provides the money, weapons, and diplomatic protection. Any other government that murdered thousands of civilians in other countries, as Israel does routinely in Lebanon, Gaza, and the West Bank, would have its entire government and military on trial before the War Crimes Tribunal at the Hague. Israelis have no worst enemy than their own government.

I am a critic of Israel’s heartless policy toward the Palestinians, but I do not want Israel destroyed. I want it moved or reformed. Bring the small number of Israelis to America before there is a nuclear war over the fact that they are where they should not be. To try to claim a land and dispossess its people on the basis of a spurious two thousand year year old deed is an audacious act of conquest and dispossession.

My proposal to relocate Israelis in the US is rhetorical, but why not insist that the Israelis, who are heavily dependent on US largess, reform? Why should Americans support an apartheid racist state that denies citizenship to the rightful inhabitants? What kind of morality, if any, does the Wall Street Journal editorial page represent when it defends Israelis who force Palestinians into ever-shrinking ghettos, deprived of water, food, medical care and schools? Why must Palestinians live in dread of Israeli bulldozers arriving to flatten their homes in order to create space for Zionist « settlers. »

Allegedly, the US is a superpower, but in fact it is a puppet state of the Israeli government. Witness, for example (the examples are numerous), the fate of the Goldstone Report on Israeli war crimes committed in Israel’s assault on Gaza during December 2008-January 2009. Goldstone is a Zionist Jew and a distinguished judge. He was given the task by the United Nations to investigate the Israeli attack on Gaza. Being an honest person, he provided evidence of Israeli war crimes.

What was the result? The bought-and-paid-for US Congress voted, on the instructions of their master, the Israel Lobby, to deep-six the Goldstone Report by a vote of 344 to 36.

Amazing, isn’t it, there were only 36 US Representatives who were not owned by the Israel Lobby.

Of course, James Taranto serves the Israel Lobby. The Wall Street Journal editorial page, not even a shadow of its former self, when it speaks, speaks for Israel and for the Bush/Cheney militarist police state.

The Wall Street Journal editorial page has fallen into the low ranks of Brownshirt propaganda. The fact that management tolerates the continuation of totally nonobjective journalism shows why print newspapers are failing everywhere.

The hubris of Taranto, a mere propagandist who will never come close to the league in which Helen Thomas resides, causes him to think that he is fit to pass judgment on a real journalist. Taranto epitomizes the hubris of the neoconservatives. Not a single one of them has the smallest accomplishment. Yet, blinded with arrogance, they remain in ignorant bliss of their status as prostitutes.

VIDEO – Helen Thomas on Her Resignation and Middle East