Israel criminalizes commemoration of the Nakba

When the victims are unworthy then holocaust denial is approved 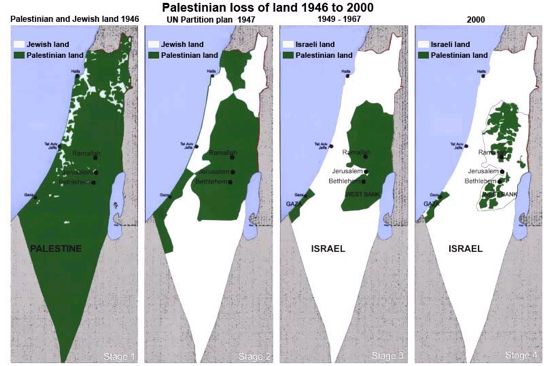 Tourism minister tells Ynet that ‘no gestures should be made prior to talks’; objects to discussing 1967 borders, dubbing them ‘Auschwitz’ borders.

Lieberman: The Conflict with the Arabs Has No Solution

He said that Israel must not agree that the negotiations be conducted on the basis of the pre-1967 borders, reminding that the late former Minister Abba Eban “called them Auschwitz borders » due to the fact that they would guarantee Israel’s destruction. In addition, said Lieberman, it is important to make clear to the PA that « there will be no construction freeze. Not in Jerusalem and not in the Jewish communities in Judea and Samaria. »
The Simon Wiesenthal Center commended President Obama’s call for further democratization in the Arab world but expressed deep disappointment that he called for Israel’s return to the pre-June 1967 borders.
« Auschwitz » Borders:  A term coined by Israel’s Foreign Minister Abba Eban who warned that a return to pre-1967 Six Day War borders would be Auschwitz borders for Israel.

Israeli Minister: A Palestinian State is not the Solution

The meeting with Tourism Minister Uzi Landau took place a day after he publicly quoted the well-known maxim of former Foreign Minister Abba Eban, « The ’67 borders remind us of the borders of Auschwitz. » These words were uttered by Landau at the beginning of a government meeting that took place on Sunday (May 26) and were widely quoted in the news broadcasts. (…)
Isn’t the Holocaust comparison somewhat exaggerated? After all, the president proclaims the vision of two states, and allows us to understand that he and the prime minister are in agreement … (…) Former Foreign Minister Abba Eban used that expression in 1969. Dozens of years have passed since then …
« That doesn’t make these borders less Auschwitz-like. Before ’67, they didn’t have Katyusha rockets and missiles to the extent owned today by Hezbollah in the north and Hamas in the south that constitute a strategic threat to Israel. One thing must be clear: A Palestinian state is not the solution. »

Given this state of affairs, one can certainly fathom the distrust that Israelis have in their surroundings. Their fear of a second attempt to exterminate them is certainly understandable, as is the term “Auschwitz borders,” coined by legendary Foreign Minister Abba Eban [1966–1974] in reference to a return to the 1967 borders. A nation which experienced that less than a hundred years ago will have a hard time shutting themselves up in a country that is just nine miles wide, especially given the fact that there are hundreds of millions of Muslims stirring behind those borders, and that some of those Muslims refer to the Jews as “the descendants of apes and pigs,” call openly for jihad and refuse to come to terms with the existence of a Jewish entity in the historic land of Israel. 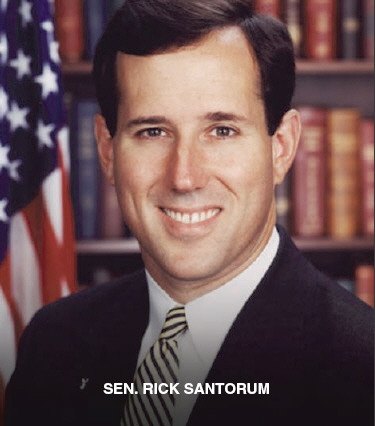 The Plot Against
Free Speech

Former Sen. Rick Santorum (R-Pa.) is an appealing candidate to many conservatives, but he has does have a dark side. Although he fervently declared in 2006 that “the American people have always rallied to the cause of freedom,” just a few years earlier Santorum planned a war against a traditional American liberty — freedom of speech.

In 2003, Santorum planned to introduce “ideological diversity” legislation that would cut federal funding for American universities found to be permitting professors, students and student organizations to openly criticize Israel. Santorum considered criticism of Israel to be “anti-Semitism.”

Santorum wanted to rewrite the federal funding formula under Title IX of the Higher Education Act to include “ideological diversity” as a prerequisite for federal funding. Joining Santorum was another pro-Israel ideologue, then-Sen. Sam Brownback (RKan.), who had his own scheme to institute a federal commission — critics called it a “tribunal” — to be established under Title IX to “investigate” anti-Semitism on American campuses.

Although the average student or academic had not heard of the scheme, Wayne Firestone, director of the Center for Israel Affairs for the Hillel Foundation, said that “Everywhere I go, this is the lead topic. This is drawing a lot of interest.”

It was Hillel — a national network of pro-Israel student- manned “campus police” — that first leaked word of Santorum’s scheme. Further details appeared on April 15, 2003 in The New York Sun, a pro-Israel daily published by a clique of billionaire financiers.

Hillel told supporters that Santorum and several GOP senators — including Brownback (now governor of Kansas) — had invited representatives of a number of Jewish organizations to attend a private meeting on Capitol Hill to discuss concerns about growing criticism of Israel on campuses.

At the meeting were the Anti-Defamation League (ADL) of B’nai B’rith, the Zionist Organization of America, the American Jewish Committee and Hillel.

In the meantime, word of the Santorum initiative was spreading as a result of an exposé by AMERICAN FREE PRESS (AFP). Widely circulated on the Internet, the AFP report arrived in the emails of educators across the United States and around the globe. As a consequence of growing concern about the scheme, the pro-Israel lobby began denying Santorum had proposed such legislation, claiming the AFP story was a lie.

Ultimately, the New York-based Jewish Week reported on May 9, 2003 that the State Department had contacted senators to advise them that Palestinian newspapers were carrying the story about Santorum and asking if the story was true.

Jewish Week’s story — titled “Diversity Disinformation”— declared a “rumor of pending legislation barring campus criticism of Israel [was] sweeping Arab and left-wing media.” The article asserted that “the story originated with . . . conspiracy theorists and Holocaust revisionists.” Obviously, this was a lie, since AFP’s report was based on a story in a pro-Israel newspaper.

Despite this, Jewish Week said the story “has become an article of faith throughout the Arab world and in some U.S. left-wing circles,” and asserted that “to pro-Israel leaders and leading members of the Senate, it’s a dangerous urban legend at best, deliberate disinformation at worst.”

The article in the pro-Israel Sun stated flatly, in discussing the Capitol Hill meeting where the scheme originated:

By the end of the meeting yesterday, Mr. Santorum was talking about introducing legislation that could cut federal funding to colleges where anti-Semitism and anti-Israel sentiments are prevalent — or more generally, where “ideological diversity” is lacking.

Yet, now that the story had been unveiled, Jewish Week contradicted the Sun and claimed that “No such legislation has been introduced or even contemplated.”

According to an un-named source, cited by Jewish Week, the Capitol Hill meeting featured “many presentations from different groups,” failing to mention that the “different” groups were all pro-Israel organizations.

The “new” version of events, as outlined by Jewish Week, never mentioned that Santorum’s colleague, Brownback, had urged formation of a federal commission to “investigate” so-called anti-Semitism on campus.

So, if the story was an “urban legend,” why did a pro- Israel newspaper publish the story in the first place?

As a candidate for president, Santorum should be forced to address the controversy surrounding this matter. 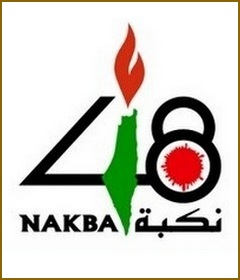