Posted on 7 avril 2011 by pascasher.the-savoisien.com 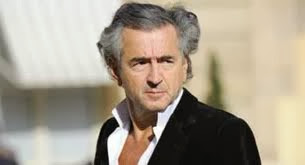 Netanyahu thanks France for intervening in Libya

« The Biggest Crime of the 20th Century »
One Prophet’s Appeal to Reason:
The Dangers of Zionism, Imperialism and Nuclear Madness
Some 50 years ago an American intellectual with few peers (then or now) saw the inevitable consequences of global imperialism by the United States and the dangers of futile wars in the name of « democracy. » He recognized that the rise of Zionist power and the concurrent emergence of nuclear weapons were a combination for disaster. The late Lawrence Dennis (1893-1977) made an appeal to reason that has immense relevance to the survival of America and our world today.
During the mid-20th century—from the early 1930s through the 1960s—Dennis established himself, beyond question, as America’s foremost nationalist theoretician.
An outspoken opponent of imperial meddling, Dennis warned early on against American involvement in the affairs of the Third World—par- ticularly the Middle East—and predicted disaster for America (and the world) as the ultimate consequence.
What Dennis said during his heyday is so profound and so prophetic that his commentary is worth resurrecting in these modern times.
One cannot help but read Dennis’s remarks—as published in his small- circulation (but still highly and quietly influential) newsletter, The Appeal to Reason (published from the 1950s through the early 1960s)—and reflect upon how his analysis of world events, even then, would so accurately mirror the propaganda and warmongering bombast that led to the American invasion of Iraq and the events that followed.
Although best remembered as the towering genius who stood trial in 1944 (along with some 30 others) on trumped-up « sedition » charges for opposing Franklin Roosevelt’s drive to push America into what became World War II, it is largely forgotten that Dennis was also a forthright critic of the subsequent Cold War era that followed.
During the Cold War, Dennis was fiercely adamant about the dangers of saber-rattling against the Soviet Union. He recognized that communism could not survive and asserted unswervingly that American intervention in the Third World in the name of « fighting communism » would only make new enemies for the United States, setting the stage for Soviet exploitation of Third World distaste for American adventurism.
Neither a « conservative » nor a « liberal, » Dennis defied (and excoriated) those labels, well before it became fashionable to do so and long prior to the time that honest intellectuals came to understand the terms ceased to be relevant (and perhaps never were).
And in this age of so-called « political correctness, » it is probably appropriate to note that although Dennis was of African-American her- itage on both sides of his family, he « passed » for being « white. » While he never formally denied his ethnic antecedents, much to the subsequent dismay of modern-day howlers who demand—in retrospect—that Dennis should have « acted Black » and thereby effectively denied himself the opportunity to become the world-traveling diplomat, economist, writer and lecturer this multi-talented human being happened to be.
Ironically, it has really only been in recent years that many American nationalists of both the « left » and the « right » have finally come to recognize the wisdom of Lawrence Dennis.
Today even Pat Buchanan echoes the anti-imperialist, America First position that Dennis put forth, calling for critics of « Pax Americana » on both the « right » and the « left » to unite against the New World Order, which is—now all too clearly—a mad, plundering war-driving (and war-driven) amalgam of the forces of international plutocratic capitalism and Zionism, united in an Axis of Evil.
Long prior to Buchanan, however, independent-minded journals such as Right, The American Mercury, The Spotlight (all since defunct) and now American Free Press and the bimonthly American history magazine, The Barnes Review, were commemorating Dennis.
Willis A. Carto—the publisher of The Barnes Review—was a friend of Dennis and treasures his rare collection of Dennis’ newsletter, The Appeal to Reason, upon which is based the following distillation of Dennis’ thought regarding the combined danger of U.S. global meddling and support for Zionism in the era of nuclear weapons.
Reflecting upon the intense thought and carefully-crafted writing and analysis by Dennis on the big issues of war, capitalism, imperialism and expansion and his opposition thereto—not to mention the interplay of those forces with the spiral of Zionist influence in the wake of the establishment of the state of Israel and the rise of nuclear proliferation—the reader will be astounded at how truly prescient Dennis was, writing more than 50 years ago.
It is no wonder that a host of influential 20th Century personalities relied on Dennis for his insights: from former Ambassador Joseph P. Kennedy (father of President Kennedy) to General Robert Wood and on to famed aviator Charles Lindbergh and such free-thinking historians as William Appleman Williams and Harry Elmer Barnes, among many others who respected the dynamic brain-power of this amazing man.
While one may not agree with everything Dennis had to say—nor would Dennis have demanded that—it is impossible to deny that Dennis was a prophet with an articulate capacity to cut to the chase and analyze world affairs in a lively, no-nonsense style. His words are a clarion call for a global offensive against Israel’s nuclear Golem.