Posted on 23 juin 2011 by pascasher.the-savoisien.com

Israeli Intelligence and Hollywood–Joined at the hip 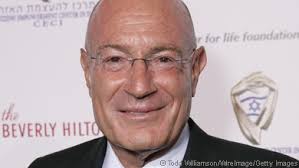 Did Milchan work for Mossad?

Book: Hollywood producer dealt Israeli nuclear secrets: New book due for release this month claims to tell true story of a big-shot movie producer who used to be an Israeli intelligence agent.

‘Hollywood producer was an Israeli nuclear agent’ According to a new biography, Arnon Milchan, close friend of Israeli prime ministers and Hollywood stars, was recruited by Shimon Peres to purchase equipment for Israel’s alleged nuclear program.

A stunning new book by authors Joseph Gelman and Meir Doron documents in great detail, facts about the life of legendary Israeli Hollywood producer, Arnon Milchan. Facts that even his closest friends will find surprising: namely, that before Hollywood, Mr. Milchan was one of the most daring and productive secret agents that Israeli intelligence had ever fielded. Working through a mysterious and little-know intelligence unit, the LAKAM, and guided by legendary Israeli spy-masters Benjamin Blumberg and Rafi Eitan, Confidential, The Life of Secret Agent Turned Hollywood Tycoon Arnon Milchan describes a world of billion-dollar weapons transactions, secret bank accounts, and a web of front companies around the world established by Milchan for the purpose of obtaining the super-sensitive technology and materials for Israel’s nuclear weapons program, from the mid 1960’s to the 1990’s.
“Arnon is a special man. It was I who recruited him…When I was at the Ministry of Defense, Arnon was involved in numerous defense-related procurement activities and intelligence operations… His activities gave us a huge advantage, strategically, diplomatically and technologically… In my present position as president, I am restrained from recommending any single individual for our highest defense-related honor, but undoubtedly, Arnon Milchan is worthy of such an acknowledgement, and that’s as close to a recommendation that I, as President, can give.”
Shimon Peres
President of Israel

Confidential, the story of a genuine Israeli James Bond, is published by Gefen Books, and is currently available for pre-sale at www.gefenpublishing.com

A just-released book* confirms what U.S. law enforcement had suspected for decades: A Jewish Hollywood film producer “was a full-fledged operative for Israel’s top-secret intelligence agency” and used his many U.S.- based companies to smuggle sensitive nuclear technology from the United States to Israel. This spy was also the most likely source for Iran and Libya’s uranium enrichment advances.

According to the Israeli newspaper Haaretz, the book, Confidential: The Life of Secret Agent Turned Hollywood Tycoon—Arnon Milchan, “recounts Milchan’s life story, from his days as a boy through his friendships with Israeli prime ministers, U.S. presidents and Hollywood stars.”

He also funds the Israeli Network, which broadcasts Israeli TV programming to the U.S. and Canada. Milchan, a fanatical devotee of the Zionist state and an Israeli citizen, set up shop in Tinseltown in the late 1970s, attaining a net worth of around $4 billion. Forbes magazine listed him as the world’s 268th richest person.

“Milchan’s services to the Israeli security industry have been made public before,” says Haaretz, “but he has always denied or refused to acknowledge them. This is the first time Milchan confirms these claims.”

Israeli theft of nuclear and other high-tech secrets in the U.S. has a long history, with most prosecutions thwarted due to Jewish political power. In fact, Milchan’s fearless admissions of his spying may be attributable to his belief that U.S. law enforcement can no longer counter Jewish power.

These new revelations should open the debate on how dual loyalties have the potential of harming U.S. national security and economic interests. The current president of Israel, Shimon Peres, was the figure responsible for Milchan’s dirty dealings. Interviewed for the book, Peres bragged: “It was I who recruited him. When I was at the Ministry of Defense, Arnon was involved in numerous defense-related procurement activities and intelligence operations. His strength is in making connections at the highest levels. His activities gave us a huge advantage, strategically, diplomatically and technologically.”

The “activities” Peres alludes to include “buying components to build and maintain Israel’s nuclear arsenal” and supervising “government-backed accounts and front companies that financed the special needs of the entirety of Israel’s intelligence operations outside the country.”

Milchan provided sketches of nuclear centrifuges to Israel, and based on these, “Israel set up a centrifuge factory in Dimona and was able to produce fissile material used for nuclear weapons.”

Although Milchan refused payment for his Israeli spying, he “collected commission fees from American security firms that were deposited in the bank accounts of various companies he set up in several countries where Israeli spy agencies operate,” according to the authors.

“Hundreds and hundreds of millions of dollars paid in commissions for defense deals between Israel and the United States were deposited in secret bank accounts all over the world and used to fund Israeli espionage activities abroad. The money in these accounts paid for operations that helped Israel obtain materials, technologies and equipment that turned it into a nuclear power, with the fifth biggest nuclear arsenal in the world,” stated the authors in an interview with Haaretz.

Subscribe to American Free Press. Online subscriptions: One year of weekly editions—$15 plus you get a BONUS ELECTRONIC BOOK – HIGH PRIESTS OF WAR – By Michael Piper.

Print subscriptions: 52 issues crammed into 47 weeks of the year plus six free issues of Whole Body Health: $59 Order on this website or call toll free 1-888-699-NEWS .

Sign up for our free e-newsletter here – get a free gift just for signing up!

He’s back–AND WITH A VENGEANCE. Mike Piper discusses the latest revelation that Hollywood mogul/producer Arnon Milchan was in fact a nuclear spy for Israel, this validating much of Mike’s thesis surrounding the Jewish state’s reasons for the assassination of JFK.