Posted on 3 juin 2011 by pascasher.the-savoisien.com

Why are the Libyan Rebels seeking Israel’s support?

Netanyahu thanks France for intervening in Libya

Israel’s government has asked Apple Inc. to remove an application called « ThirdIntifada, » which encourages uprising against Israel, from its App Store

ISRAEL DECLARES WEB WAR Computer giant Apple removed an application called the “The Third Palestinian Intifada” from its App Store for iPads and iPhones, CNN reported Thursday.
Earlier this week the company had authorized an application, which updates users on upcoming protests, features articles critical of Israel and pictures of martyrs. 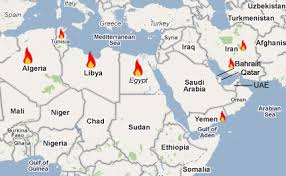 What these books still conceal, however, is the fact that the neocons are motivated by their Jewish ethnicity and the interests of the state of Israel. Instead the neocons are made to appear as an ideological group loyal solely to what they believe is good for the US. Consequently, this approach, despite allowing for some elements of truth, distorts the overall picture in a serious way. 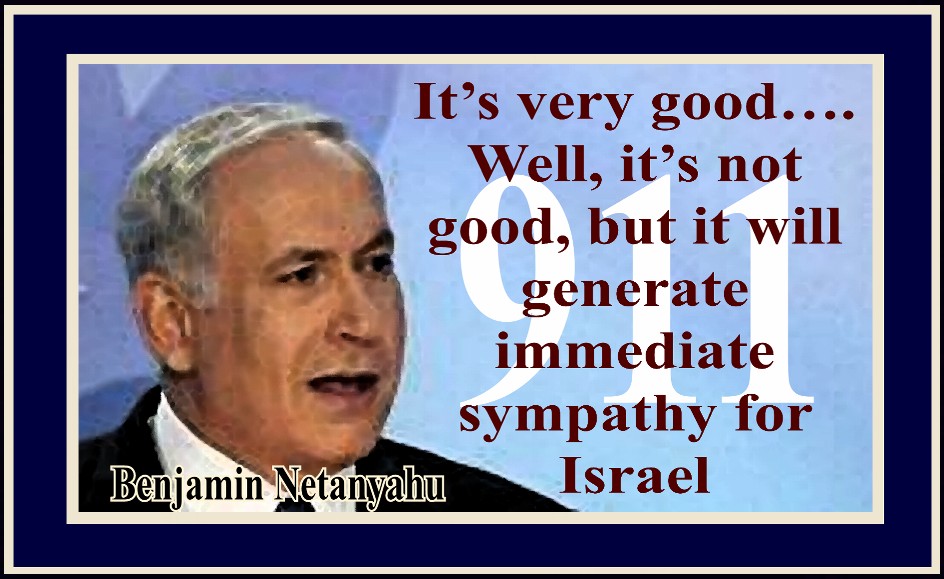 Ghaddafi–truly the monster he has been made out to be by the Jewish media or heads and tales better than every elected member of the US Government? Also–ERIC HUFSCHMID, the mad hatter of the 911 movement and the continuing drama involving him and Christopher Bollyn. Also, the ADL and its various legal maneuvers against Liberty Lobby over the years.

The Jewish power-providers of the Arab Spring revolts
By STEVE LINDE 06/07/2011 16:16
Facebook’s Mark Zuckerberg tops ‘The Jerusalem Post’s’ list of the 50 most influential Jews in the world, 2011

(…)Most accounts from rights activists themselves as well as journalists on the scene and sociologists analyzing the situation, however, clearly show that Facebook had an enormous influence on the start and spread of the uprisings, as well as their apparent domino effect. It served a primary means of communication.

Take Egypt, for example, where one of the most prominent leaders of the revolution, Wael Ghonim, squarely credited Facebook with its success in an interview shortly after president Hosni Mubarak stepped down in early April.

Ghonim, a marketing manager for Google, helped organize the massive January 25 demonstration in Tahrir Square by reaching out to Egyptian youths on Facebook, and was arrested and imprisoned for 12 days after the protest.

If you accept that the story of the year so far has been the blossoming of the Arab Spring uprisings across the Middle East, and the thesis that Facebook at the very least enabled and encouraged, if not empowered, the protests by advertising them on the Internet, then its boss, Mark Zuckerberg, should be given his fair share of credit, whether he accepts it or not.

When it comes to influencing international events, therefore, it is Zuckerberg who takes first place in our list as the most influential Jew in today’s world.

In third place, in this subjective listing, we decided to acknowledge the Jewish woman behind the scenes at Facebook, its chief operating officer, Sheryl Sandberg. She is responsible for expanding Facebook’s operations globally, and was dubbed by Radio Islam as the “Jewish second-in-command of Facebook.”

On a related issue, Public Diplomacy and Diaspora Affairs Minister Yuli Edelstein sent a personal letter in March to Zuckerberg asking him to shut down a page calling for a third Palestinian intifada, which had attracted some 230,000 supporters in the wake of the uprisings in Tunisia and Egypt.

“On this Facebook page there are posted many remarks and movie clips which call for the killing of Israelis and Jews and the ‘liberating’ of Jerusalem and of Palestine through acts of violence,” Edelstein wrote. “I turn to you with the request that you order the immediate removal of this Facebook page. I am sure that you too hold fast to these values and would prefer that all of the pages on your site operate according to them.”

A short time later, the page was removed, but reappeared in a similar form in just a few weeks. This time, Facebook let it be, taking no action to close it.

Edelstein, who holds the tough job of promoting Israel’s case to the world, is our primary interview in this supplement, and features in 10th place on our list.

Prime Minister Binyamin Netanyahu was top of our list last year. This year, he is in second place, still high on the list, based on his leadership of Israel and ability to shape the future of the Jewish people. His recent speech to the US Congress was his most eloquent policy address to date, and while vague on specifics, strongly signals his continued desire to make history by forging a peace agreement with the Palestinians in particular, and the Arab world in general. Following Netanyahu are Israel’s defense minister, Ehud Barak, new military chief, Lt.- Gen. Benny Gantz, and Meir Dagan, the former chief of the Mossad, all of whom may play a key security role in the coming year.

Rounding off our top 10 are Dennis Ross, a key adviser to US President Barack Obama on the Middle East, Ben Bernanke, the powerful chairman of the US Federal Reserve, Stanley Fischer, the internationally respected governor of the Bank of Israel, and Edelstein.

Others who are expected to play an important part in advocating for Israel in the coming year (and hence feature fairly high on the list) are Ron Prosor, who takes up the prestigious position of ambassador to the United Nations in July, ahead of the much-anticipated Palestinian bid for statehood at the UN General Assembly in September, as well as Israel’s articulate ambassador to the US, Michael Oren, and Eric Cantor, the astute majority leader of the US House of Representatives.

After publication of our last list, we received a torrent of responses, both in letters to the editor and talkbacks on the Internet. We carefully noted our readers’ criticism, sometimes scathing, and suggestions, many of which were helpful. This year’s list contains many new names, including respected rabbis, Diaspora leaders and wonderful women, some of whom readers charged had been unfairly downplayed.

We have endeavored to correct that oversight by including a few of the world’s most revered religious leaders, headed by the great Jerusalem-based Rabbi Adin Steinsaltz, who last year concluded his monumental translation and commentary of the Talmud.

Also in the list are Rabbi Yitzhak David Grossman, the founder of Migdal Ohr, which cares for impoverished children throughout Israel, Rabbi Shlomo Amar, the Sephardi chief rabbi of Israel, and Rabbi Menachem Froman, the chief rabbi of the settlement of Tekoa, known for his peacemaking efforts with Muslim religious leaders.

Among the prominent women are Debbie Wasserman Schultz, the US congresswoman who serves as head of the Democratic National Committee, US Congresswoman Gabrielle Giffords, who survived an assassination attempt earlier this year and was named by Time as one of the world’s most influential people, and Israeli opposition leader Tzipi Livni, who was named by Newsweek as one of the world’s most powerful women.

We also feature an interview with Ester Levanon, the savvy managing director of the resilient Tel Aviv Stock Exchange.