Posted on 13 juillet 2011 by pascasher.the-savoisien.com

Glenn Beck in Israel, paying homage to the beast and promising to continute his propagandizing of Americans into continuing Israel’s wars in the Middle East. We are joined by semi-regular guest Keith Johnson of www.revoltoftheplebs.com to discuss Beck’s position as a CIA/Mossad asset and where it is all going from here.

As always, thank you for supporting the financial needs associated with putting this program together. Glenn Beck gets a hero’s welcome in Israel’s parliament

With his outspoken, conservative views, TV commentator Glenn Beck constantly courts controversy in the U.S. but in Israel it’s another matter. On his latest trip to Israel, and in his first time at the Knesset in Jerusalem, the Israeli parliament, he was given nothing short of a hero’s welcome. He received several rounds of applause by lawmakers there as he voiced his unequivocal support for Israel, with one leading politician saying: ‘If we didn’t have someone like Glenn Beck we would have had to invent someone like him.’

JERUSALEM — By all accounts, Glenn Beck’s visit to Israel this week couldn’t have gone better.

Making the second of what he calls « solidarity » trips to Israel this year, the conservative pundit and former Fox News personality went to the parliament, or Knesset, in a widely watched public appearance ahead of a « Restore Courage » rally he’s scheduled for Aug. 24 in Jerusalem.

Beck’s words were met with warm applause that grew to a climax when he announced that the « Israeli-Palestinian conflict . . . is about the destruction of Israel and the end of the Western way of life. Period. »

Beck — who recently ended his popular but often controversial Fox News show and is launching his own multimedia production company — said that thousands of people would attend his rally and show that they « stand with Israel, on all things.

« He spent much of his speech deriding the mainstream news media as having an anti-Israeli bias and telling Israeli lawmakers that they should seek « friendly » media outlets and bloggers to spread their message.

« There are millions of people [who support Israel] that you don’t see, because the media doesn’t want to tell their story, » Beck said.

Lawmakers thanked Beck for his unwavering support for their country, which they said came from his deep-rooted Christian values.

« It isn’t a coincidence that you’re a religious person, » Likud lawmaker Tzipi Hotovely said. « This is a religious battle led by Islam. We can’t ignore this basic truth. It’s important that we stand behind a historical truth: We’re not just here because of Zionism but because of the Bible. » (…)

VIDEO – Glenn Beck at Christians United For Israel 2011: ‘We cast our lots with Jews and Israel to resist Islamic & leftist fascism’ 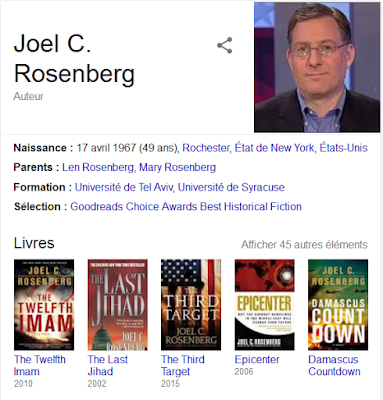 VIDEO – History of Hatred Against Israel and Jews -Glenn Beck

Glenn Beck at Knesset: “The West and Israel are being set up”The Glenn Beck circus at the Knesset today had it all: Ecstatic fans who pushed and shoved to meet him; a theatrical as ever Beck, pounding on the table and yelling “Amen”; MK Arieh Eldad saying the occupation must end (the Islamic occupation of Israel) and even some chit-chat and shaking of hands with one of Israel’s most famous Kahanists, Baruch Marzel.

Glenn Beck a star among right wing in Israeli Parliament

Glenn Beck in Israel: Hero of the Ultra-Conservatives

Beck’s love for Israel not ‘right’ enough for some MKs Conservative pundit slammed for saying « I’m not against a Palestinian state. »

It took Republican congresswoman and Tea Party icon Michele Bachmann less than 24 hours after President Obama’s Middle East address to launch an attack on him. On May 19, 150,000 residents in Iowa and South Carolina received robo-calls from Bachmann, accusing Obama of not standing up for Israel…

Within the Tea Party, Bachmann is at the forefront of those making Israel a key part of her agenda. In her speech at the high-profile Faith & Freedom Conference held in Washington in early June, Bachmann termed Obama’s call for a two-state solution to the Israel-Palestinian conflict based on Israel’s 1967 boundaries and mutually agreed land swaps « shocking. » She followed up by buying ads on Jewish websites reiterating this message.

Pundit Glenn Beck, a vocal critic of the Obama presidency, has been devoting much of his airtime lately to the issue of Israel. He recently announced plans to hold a « Restoring Courage » rally August 20 in Jerusalem. At this gathering, modeled on his rally last summer that called for patriotic unity in Washington, Beck intends to call for Americans to « courageously stand with Israel. »

These voices currently appear to be dominating discourse on Israel within the Tea Party, overshadowing the more isolationist views of such Israel critics as Rand Paul and his father, Ron Paul, a declared 2012 presidential candidate….

Glenn Beck will keynote the 2011 Christians United for Israel conference.

Conservative U.S. television commentator Glenn Beck received several rounds of applause by Israeli lawmakers as he voiced his unequivocal support for Israel during a visit to Jerusalem.

VIDEO – Glenn Beck: « Will You Stand With A Jew? Because Hamas & Hezbollah Are Exactly Like Hitler »

The multi-million dollar production is expected to be attended by a convoy of American dignitaries, including former vice presidential candidate Sarah Palin. US Senator Joe Lieberman, a independent, and Republicans Mitt Romney, Newt Gingrich, Mike Huckabee and Congresswoman Michelle Bachman are to join Beck at the rally as well.

Glenn Beck will broadcast from Israel during a surprise visit.

Crackpot Anti-Islam Activists, ‘Serial Fabricators,’ and the Tale of Iran and 9/11

Click to hear this week’s Power of Prophecy program by Texe Marrs FREE:

À lire: THE JUDAS GOATS – THE ENEMY WITHIN, by Michael Collins Piper