Posted on 23 janvier 2012 by pascasher.the-savoisien.com 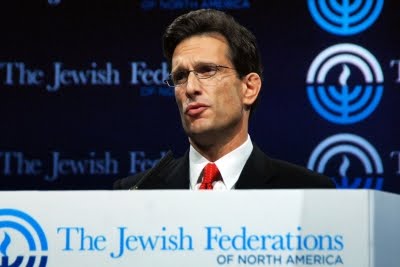 On March 5, House Majority Leader Eric Cantor (R-Va.) and House Democratic Whip Steny Hoyer (D-Md.) introduced H.R. 4133 [.pdf], the U.S.-Israel Enhanced Security Cooperation Act, which was also cosponsored by House Foreign Affairs Committee Chairman Ileana Ros-Lehtinen (R-Fl.) and Ranking Member Howard Berman (D-Ca.) “to express the sense of Congress regarding the United States-Israel strategic relationship, to direct the President to submit to Congress reports on United States actions to enhance this relationship and to assist in the defense of Israel, and for other purposes.”
One of the reasons for introducing the resolution is stated as follows:

The Middle East is undergoing rapid change, bringing with it hope for an expansion of democracy but also great challenges to the national security of the United States and our allies in the region, particularly our most important ally in the region, Israel. The past year has witnessed the fall of some regimes long considered to be pillars of stability in the Middle East and a rise in the influence of radical Islamists throughout the region.

Another Senator for Israel By Philip Giraldi
The Passionate Attachment
June 13, 2012
It is ironic that the hard core supporters of Israel among the neoconservatives are hoping for a Republican victory in the fall even though the party that has passionate Israel firsters most deeply embedded continues to be the Democrats. To be sure, Eric Cantor, Republican majority leader in the House and the only Jewish congressman from the GOP, has done some heavy lifting for Benjamin Netanyahu, including advising the Israeli Prime Minister that congress would protect him in any conflict with President Barack Obama. Republican from Florida Ileana Ros-Lehtinen, who is descended from Sephardic Jews, has also burnished her pro-Israel credentials as chairwoman of the House Foreign Affairs Committee while other Republicans from the Bible belt reflexively praise Israel as, one assumes, a tenet of their faith.
But the breadth and depth of outspoken advocates of Israel in the Democratic Party goes far beyond anything the Republicans can muster. Thirteen Jewish Senators are all Democrats as are 26 of the 27 Jewish members of the House. The Democratic National Committee is headed by Debbie Wasserman-Schultz while Steny Hoyer, who is not Jewish, is Minority Whip in the House of Representatives and an outspoken passionate supporter of Israel. Other frequent sponsors of resolutions favoring Israel and condemning Iran and the Palestinians include Howard Berman, Steve Israel, Steve Rothman, Jan Schakowsky, Brad Sherman, Benjamin Cardin, Carl Levin, Frank Lautenberg, Charles Schumer and Joe Lieberman. The late Tom Lantos, often referred to as Israel’s congressman, was also a Democrat. Many of Israel’s friends have characteristically sought and attained powerful positions on committees that deal with foreign and defense policies to enable them to directly influence legislation favorable to Israel. (read the rest…)