Posted on 21 février 2012 by pascasher.the-savoisien.com 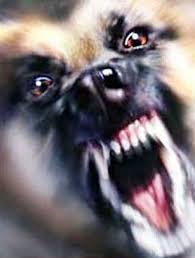 Netanyahu to Meet Harper Before Obama

Prime Minister Binyamin Netanyahu is expected to make a stopover in Ottawa to meet with Prime Minister Harper before heading to Washington.(…)
Of key concern are tensions between Jerusalem and Washington over how to stop Iran from acquiring nuclear weapons. The Obama administration insists sanctions will succeed, while Netanyahu last week said sanctions are « not working. »(…)
The Prime Minister’s early March visit follows a high-profile Middle East tour by key Harper cabinet ministers in late January. Foreign Affairs Minister John Baird and Finance Minister Jim Flaherty met with top Israeli financial, trade and defense officials during the tour.
The upcoming Ottawa visit by Netanyahu is widely seen as a public show of thanks for the strong support Harper’s government has shown for the Jewish state during a time when the US – long Israel’s strongest ally – is increasingly seen in Jerusalem as unreliable.
Baird in particular spoke positively of Netanyahu’s leadership and Israel’s position vis-a-vis negotiations with the Palestinian Authority, going so far as to tell officials in Ramallah that their unilateral bid for statehood at the United Nations was « profoundly wrong. »
He also spoke enthusiastically of his support for Israel at the recent Herzliya conference, saying, « Canada does not stand behind Israel; Canada stands shoulder to shoulder with Israel. »
Baird told Israeli reporters during his visit, “whether it is rockets raining down on Israeli schools, or the constant barrage of rhetorical demonization, double standards and delegitimization, Israel is under attack.”

VIDEO – Israel and US clash over Iran attack

Israel ‘Will Make Own Decision’ on Attacking Iran

U.S. assessment: Israel strike on Iran would be ‘highly complex’

Israel as Collateral Damage (in a War With Iran) Chossudovksy believes Iran would ultimately lose a war with the US, despite inflicting massive damage on civilians and US military installations in Iraq, Afghanistan, Saudi Arabia and Kuwait, as well as destroying Israel as a major Middle East power.

Canada Is Israeli Occupied Territory: Canada Competes With The US For Being The Biggest Israel Butt Kissers!

I don’t trust Obama Op-ed: We can’t count on US president to protect Israel at the expense of his personal interests

Republican candidates addressing AIPAC’s policy conference focused their addresses on what they said were the Obama administration’s failures to head off a nuclear Iran.

Obama: ‘Premature’ strike on Iran would have consequences for U.S.

Netanyahu in AIPAC speech: Israel cannot afford to wait much longer on Iran

By conjuring the Holocaust, Netanyahu brought Israel closer to war with Iran

Debunking Anti-Iran Propaganda: The Myth of the « New Holocaust »

DON’T LET ISRAEL DRAG AMERICA INTO A WAR AGAINST IRAN

The wars against
Iraq and Afghanistan
are disasters. Can
you imagine Iran?