The European Atrocity You Never Heard About 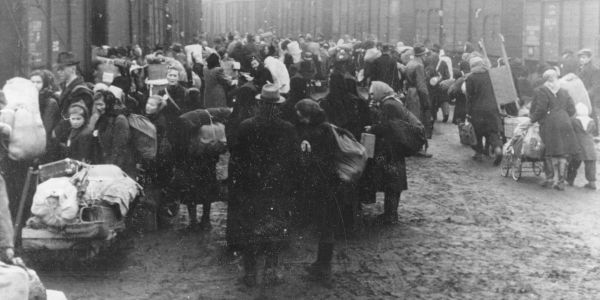 In the largest episode of forced migration in history, millions of German-speaking civilians were sent to Germany from Czechoslovakia (above) and other European countries after World War II by order of the United States, Britain, and the Soviet Union.

The screams that rang throughout the darkened cattle car crammed with deportees, as it jolted across the icy Polish countryside five nights before Christmas, were Dr. Loch’s only means of locating his patient. The doctor, formerly chief medical officer of a large urban hospital, now found himself clambering over piles of baggage, fellow passengers, and buckets used as toilets, only to find his path blocked by an old woman who ignored his request to move aside. On closer examination, he discovered that she had frozen to death.
Finally he located the source of the screams, a pregnant woman who had gone into premature labor and was hemorrhaging profusely. When he attempted to move her from where she lay into a more comfortable position, he found that « she was frozen to the floor with her own blood. » Other than temporarily stanching the bleeding, Loch was unable to do anything to help her, and he never learned whether she had lived or died. When the train made its first stop, after more than four days in transit, 16 frost-covered corpses were pulled from the wagons before the remaining deportees were put back on board to continue their journey. A further 42 passengers would later succumb to the effects of their ordeal, among them Loch’s wife. 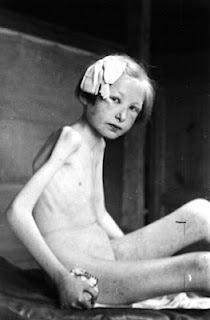 An estimated 500,000 people died in the course of the organized expulsions; survivors were left in Allied-occupied Germany to fend for themselves.

During the Second World War, tragic scenes like those were commonplace, as Adolf Hitler and Joseph Stalin moved around entire populations like pieces on a chessboard, seeking to reshape the demographic profile of Europe according to their own preferences. What was different about the deportation of Loch and his fellow passengers, however, was that it took place by order of the United States and Britain as well as the Soviet Union, nearly two years after the declaration of peace.

Editorial Reviews for Orderly and Humane

Review
“Orderly and Humane is an outstanding and well-written work that fills a significant gap in books written in English about this large subject and the very period of its compass. It ought to be in every serious American library and should be required reading for scholars interested in the history of the end of the Second World War and the years thereafter in Europe.”—John Lukacs, author of The Future of History and Five Days in London, May 1940

“R.M. Douglas has written a fair-minded, deeply researched and courageous book that carefully demystifies the claims and accusations surrounding the awful history of the expulsion of the ethnic Germans from Eastern Europe. A first-rate work, Orderly and Humane compels us to admit that the postwar expulsions were not simply a regrettable accident but a deliberate policy of ethnic cleansing on a breathtaking scale that decisively shaped postwar Europe’s history.”—William I. Hitchcock, author of The Bitter Road to Freedom: The Human Consequences of Allied Victory in World War II Europe

“The tragedy of the post-World War II ethnic German refugees and expellees has been told before but no account is based on so many original documents from so many countries as Douglas’s eminently readable work.”—Istvan Deak, Columbia University (Istvan Deak )