Posted on 31 octobre 2016 by pascasher.the-savoisien.com 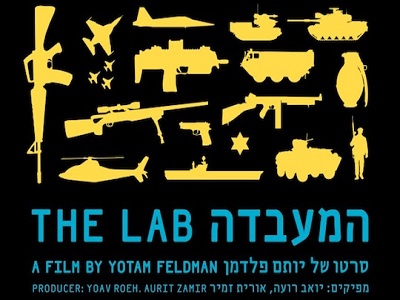 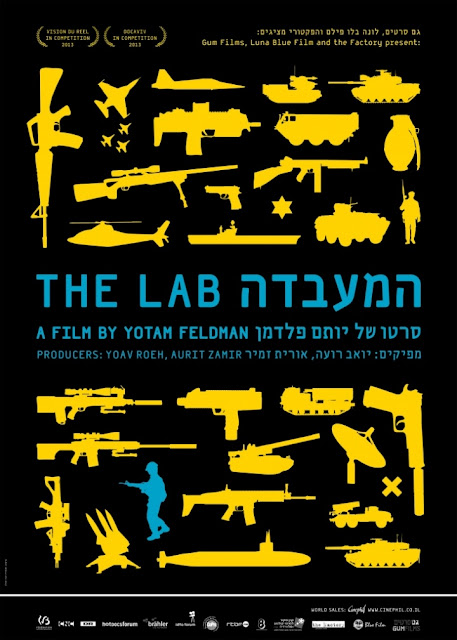 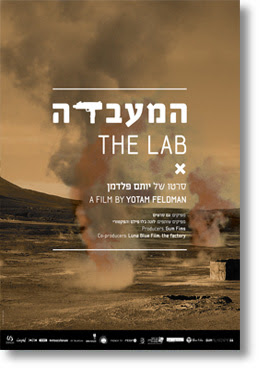 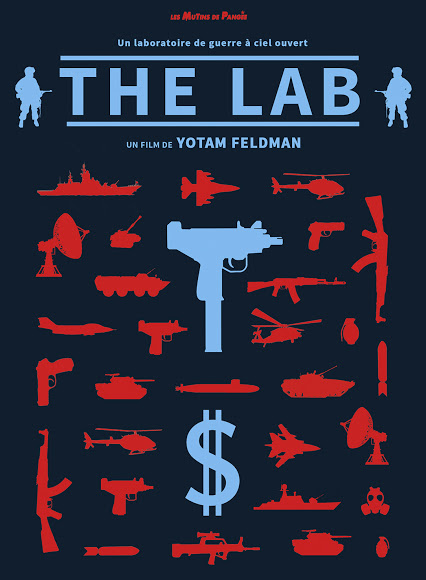 Since 9/11, the Israeli arms industries are doing bigger business than ever before. Large Israeli companies develop and test the vessels of future warfare, which is then sold worldwide by private Israeli agents, who manipulate a network of Israeli politicians and army commanders, while Israeli theoreticians explain to various foreign countries how to defeat civil and para-military resistance. All based on the extensive Israeli experience.  The film reveals The Lab, which has transformed the Israeli military occupation of Gaza and the West Bank from a burden to a marketable, highly profitable, national asset. (GumFilms)

The Lab: A unique insight into the world of Israeli arms dealers selling weapons and experience around the world.Filmmaker’s View By Yotam Feldman for Al-Jazeera English

For Israeli arms makers, Gaza war is a cash cow

Andrew and Leslie Cockburn: DANGEROUS LIAISON – The Inside Story of the U.S.-Israeli Covert Relationship 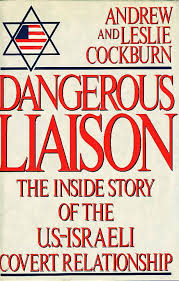 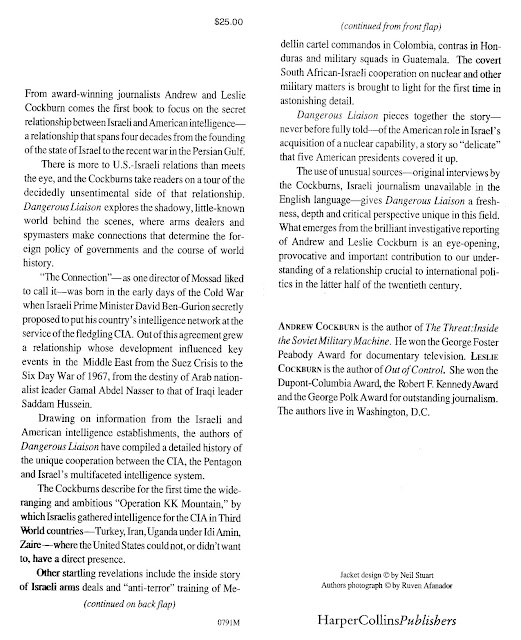 In Israel Too, Young Black Men Face Police Racism and Brutality Israel’s police force’s record of brutality and over-policing against Israelis of Ethiopian descent mean, just like their peers in the U.S., young black Israelis are growing up in an atmosphere of fear and intimidation.

Pro-Palestinian activists accuse Israel of culpability in police slayings of black Americans in the U.S.

US Police Brutality Result of Israeli Training: Kevin Barrett This situation has gotten worse as more and more American police are trained in Israel, where they are taught to treat minorities the way the Israelis treat Palestinians,” Kevin Barret told the Tasnim news agency.

Police Brutality Against Blacks a Result of Israeli Training: Analyst

« The Zionist movement, created by the Jewish big bourgeoisie at the end of the 19th century, was born with a decidedly counterrevolutionary purpose. From the founding of the World Zionist Organization in 1897 to the present, Zionism, as ideology and political practice, has opposed the world revolutionary process.

Zionism is counterrevolutionary in a global sense in that it acts the world over against the three major forces of revolution: the socialist community, the working class movement in capitalist countries and the movement for national liberation.

Zionist counterrevolution began by making inroads in the European working class movement. In the early years, when the growth of monopoly capitalism and the expansion of reactionary tendencies that accompanied the establishment of the imperialist phase of capitalism demanded the unity and solidarity of the proletariat, the Zionists focused on dividing the working class.

They propagated the thesis that all non-Jews were, and would always be, anti-Semites; asserted that the only possibility for the Jewish masses’ well-being and justice was to emigrate to the “promised land”; and defended class collaboration, thus diverting the Jewish proletariat away from the struggle for their real emancipation and dividing and weakening the working class movement. It’s not fortuitous that in czarist police archives one finds documents calling for support for the Zionist movement as a way of stemming the tide of proletarian revolution.

Theodore Herzl, the founder of Zionism, wrote at the time in his diary:“All our youth; all those who are from 20 to 30 years old, will abandon their obscure socialist tendencies and come over to me.”

However, the efforts of Zionist counter-revolution could not hold back the wheels of history. The victory of the Great October Socialist Revolution in Russia ushered in a period of transition from capitalism to socialism on a world scale. The first victory of the proletariat, the premise of future victories, was a heavy blow to Zionism.

Most of the money that filled Zionist coffers came from Russia, where czarism had humiliated and oppressed the Jews for centuries. Russia provided a million immigrants for the Zionist colonization of Palestine. When the Russian Revolution liquidated the exploitation of man by man, it also destroyed the basis for Zionism in the Soviet Union.

Leninist policy on the national question toppled all Zionist myths that the Jews could not be fully incorporated, with equal rights, into society and destroyed all the racist claims on the inevitability of anti-Semitism. The Zionists never did, and never will, forgive the Soviet state and its Leninist Party, not so much for cutting off the money flow from Russia and for the loss of workers for the colonization effort, but because the Bolsheviks implemented a correct policy that incorporated the talents and efforts of the Soviet Jews into the tasks of building a new society and thus demonstrated the class origins of discrimination and anti-Semitism, breaking with the past and providing a genuine solution to the Jewish problem, a solution which was not and could never be a massive exodus to Palestine.

Zionist counterrevolution took on an anti-Soviet thrust. Before October 1917 the Zionists collaborated with Kerensky. Later they supported all the attempts at counter-revolution and enthusiastically participated in the different white “governments” set up in different parts of the country during the Civil War [in Russia]. They were active in all the moves against the Soviet Union from abroad, and their powerful propaganda machine spread a spate of lies about the first workers’ and peasants’ state in the world.

Not even the Soviet victory over German fascism, which saved so many Jewish lives, made the Zionists change their anti-Soviet stand.

With the outbreak of the cold war the Zionists collaborated in all the subversive and diversionary activities against the USSR and other socialist countries. The secret services of the Zionist state of Israel coordinated their spy activities with the CIA. Zionist agents played an active role in the counter-revolutionary attempts in Hungary and Czechoslovakia.

Today Zionism seconds the hypocritical anti-Soviet campaign on presumed violations of the human rights of Jews in the Soviet Union and does all it can to put pressure on Soviet citizens of Jewish origin so they will leave their true homeland and go to Israel. This effort by Zionist counter-revolution can only lead to new failures. And to complete the picture there is the Zionist counter-revolutionary action against the national liberation movements.

Soon after World War I, Zionist settlers penetrated into Palestinian territory, acting as the spearhead of British imperialist interests in opposition to the Arab peoples’ hopes for independence. Their role was clearly spelled out by the prominent Zionist leader Max Nordau in a statement to the British authorities:

“We know what you want from us: that we defend the Suez Canal.We must defend your route to India which passes through the Middle East.We are ready to take on that difficult task. But you must allow us to become powerful enough to carry out that task.”

And, as a matter of fact, the Zionists became a power and succeeded in establishing their own state in 1948: the Zionist state of Israel. Now their task is to defend oil routes, protect all the interests of U.S. imperialism and block the advance of the Arab revolution.

Backed by tremendous amounts of imperialist economic and military aid, the Zionists are constantly acting against national liberation movements.

At one time it was their mission to penetrate African and Asian independence movements, guarantee that the newly independent states followed paths acceptable to imperialism, that they not stray from the confines of neo-colonialism. Israel offered courses, advisers, all sorts of aid.

But the ploy wasn’t very successful. Israel’s increasing role as imperialism’s policeman in the Middle East, its racism and avowed expansionism made the young African and Asian nations see the dangers of Israeli “aid,” the treachery of Israeli foreign policy.

Nevertheless, the Zionist state took up a new role in the struggle of world reaction against progress. It went beyond the geographical confines of the Middle East, established friendly ties with all reactionary regimes and began to supply arms, equipment and advisers to those who were trying to suppress national liberation struggles.

The Israeli armaments industry specialized in designing and producing all sorts of weapons for urban and rural anti-guerrilla warfare.

The South African racist regime, the dictatorships of Guatemala and El Salvador, and the fascist Pinochet are among the best clients of the Israeli armaments industry.

One of their best clients was the Nicaraguan dictator Anastasio Somoza.

Zionist counter-revolution was present in Somoza’s Nicaragua in the form of Galil guns and Pull-push planes, but they couldn’t stop the victory of the Sandinista revolutionaries.

This is a symbol of our times: neither the machinations of Zionist counterrevolution, nor Israeli arms, can hold back the victorious march of the peoples of the world.«